A view of Geraardsbergen, from the 1649 Atlas Van Loon, available on Wikipedia Commons. The chapel of Our Lady of Oudenberg can be seen atop the hill.

Saint Gregory’s (9 May) is a slightly belated entry in our calendar of lacemakers’ feastdays.

Saint Gregory the Great, the Pope who sent Augustine to convert the Anglo-Saxons, is the patron saint of teachers, schoolchildren and choristers.  Thus, by an association of ideas, he also became the patron of apprentice lacemakers in the lace schools of East Flanders.  His feast is held on 12 March.  According to Otto von Reinsberg-Düringsfeld, the German enthusiast for all things Belgian, on the evening before ‘the lace schools are decorated with garlands of flowers and greenery, and a crown is suspended from the ceiling.  Annual prizes are awarded to the most assiduous workers and best behaved girls.’[1]

However, in the far south of the province, in the towns of Ninove and Geraardsbergen, the lacemakers celebrated ‘Sint Gregoreken’ not on 12 March but on 9 May.  Why this shift of dates?  9 May is the feastday of another Saint Gregory, the fourth-century archbishop of Constantinople, but there is no obvious reason why this Anatolian theologian should be preferred to the Pope of Rome.  A further clue is that 9 May commemorates the translation of the relics of Saint Nicholas, another Anatolian bishop, but more importantly an occasion honoured by the lacemakers of Lille in the great ‘Feast of the Bobbin’ (fête du broquelet).  However, the more simple explanation offered by a Ninove lace merchant to the puzzled folklorist Herman Baccaert was that the weather was usually too bad on 12 March, and if events were postponed then they ran into Easter celebrations.  Hence the new date was instated.[2] 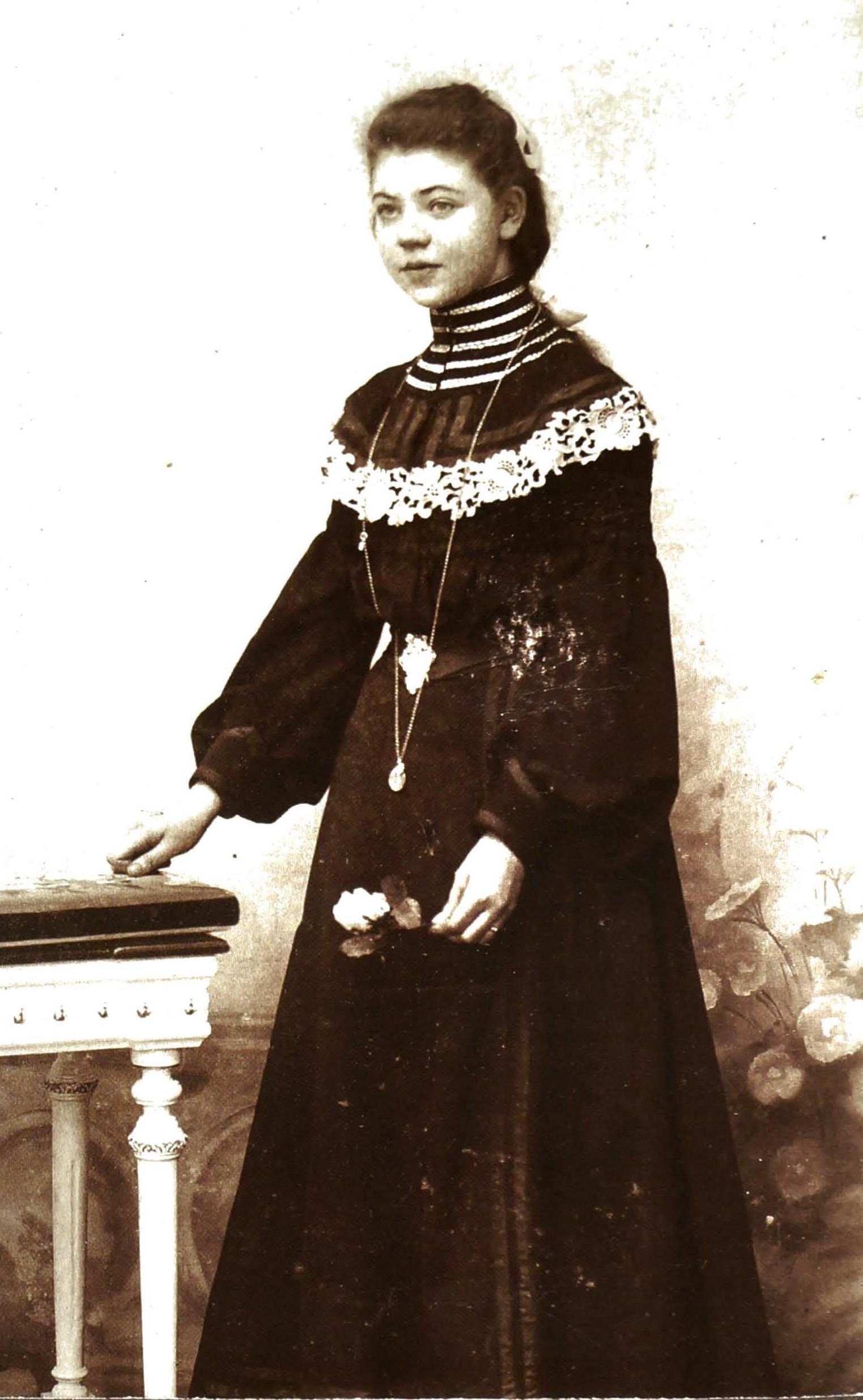 Augusta De Clercq (1887-1944), daughter of a lacemaker and folklorist of Geraardsbergen.  From the local history journal Gerardimontium.

In the 1930s the librarian Augusta de Clercq (1887-1944) wrote three overlapping accounts of how the lacemakers of Geraardsbergen celebrated Saint Gregory’s sixty or more years before.[3]  There were still a few dozen lacemakers in the town during the interwar years but nowhere near the two thousand (roughly half the female population) at work during the mid-nineteenth-century heyday of the industry.  Geraardsbergen specialized in black Chantilly lace which was much in demand when crinolines were in fashion, but the arrival of first a match factory and then cigarette factories created a better-payed alternative for female labour, just as the market for black lace crumpled with the fall of the Second Empire.  De Clercq’s most important informant for this history was her mother, Rachel Anna Maquestiau (1850-1945), a lacemaker turned innkeeper: both occupations were relevant for the information she provided.[4] 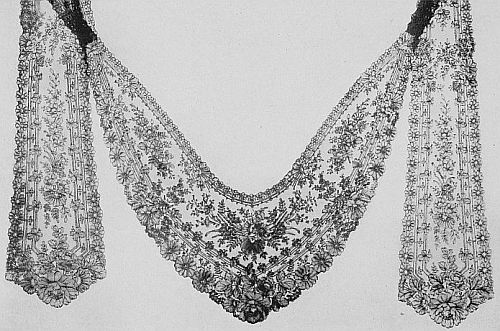 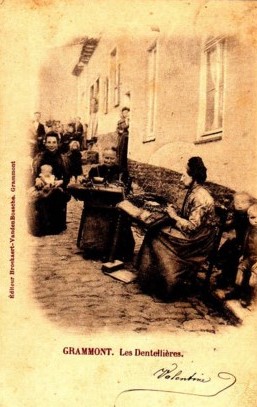 Postcard of lacemakers on the Steenstraat in Geraardsbergen

It was the lace schools, attended by girls from aged five and six to eighteen, rather than lacemakers in general, who celebrated Saint Gregory’s.   There were many such establishments in nineteenth-century Geraardsbergen: two were run by nuns, the Augustinian Black Sisters and the Benedictines of the Priory of Hunnegem, but the majority were private.  In both types the day started at six (or seven in winter) and continued until seven in the evening, and in both songs were used to regulate work and enliven the passing hours, but the religious schools also included an hour’s lesson per day in reading, writing and arithmetic.  They also kept back more of the money earned by the apprentices, one reason for the continuing popularity of the private schools.  Most of that money went straight into the family budget, but the girls were allowed to keep a few centimes for themselves which they saved up for Saint Gregory’s. 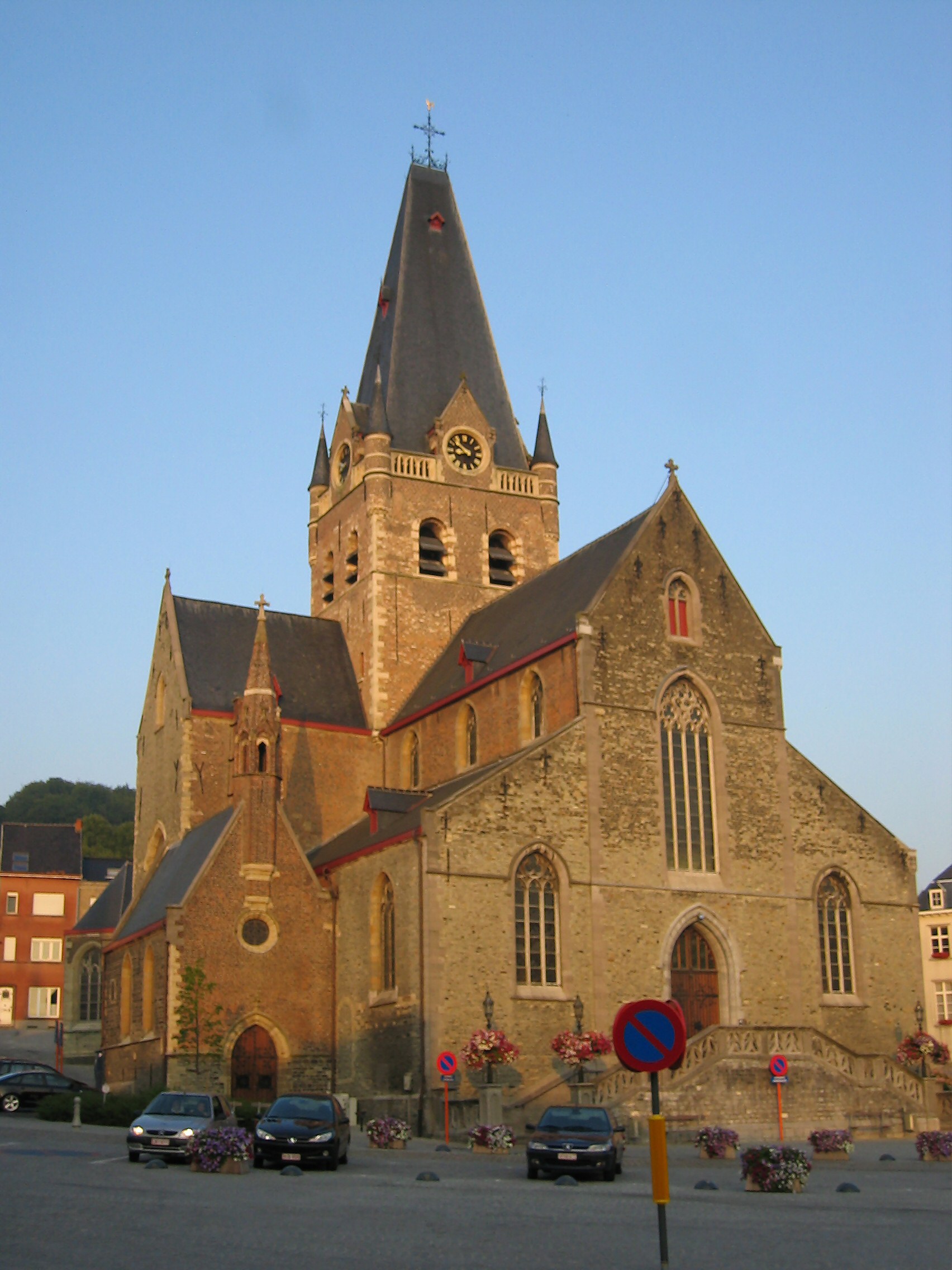 Preparations for the feast started the day before when the lacemakers covered their pillows with paper, washed and cleaned the entire school, bedecked the workroom with paper streamers and garlands.  They had the afternoon off to prepare their own clothes, but on the way home they might take an offering of pins to the statue of the Virgin Mary in the chapel of the Beguinage, to pray that the weather be good.   On the day itself the girls first went to school, all dressed in their Sunday best, and from there the mistress led them to the town’s main church of Saint Bartholemew for mass:

A very similar song was sung in West Flanders during lacemakers’ celebrations of Saint Anne’s Day.[5]  Clearly the repertoire of festival songs was adapted according to local traditions. 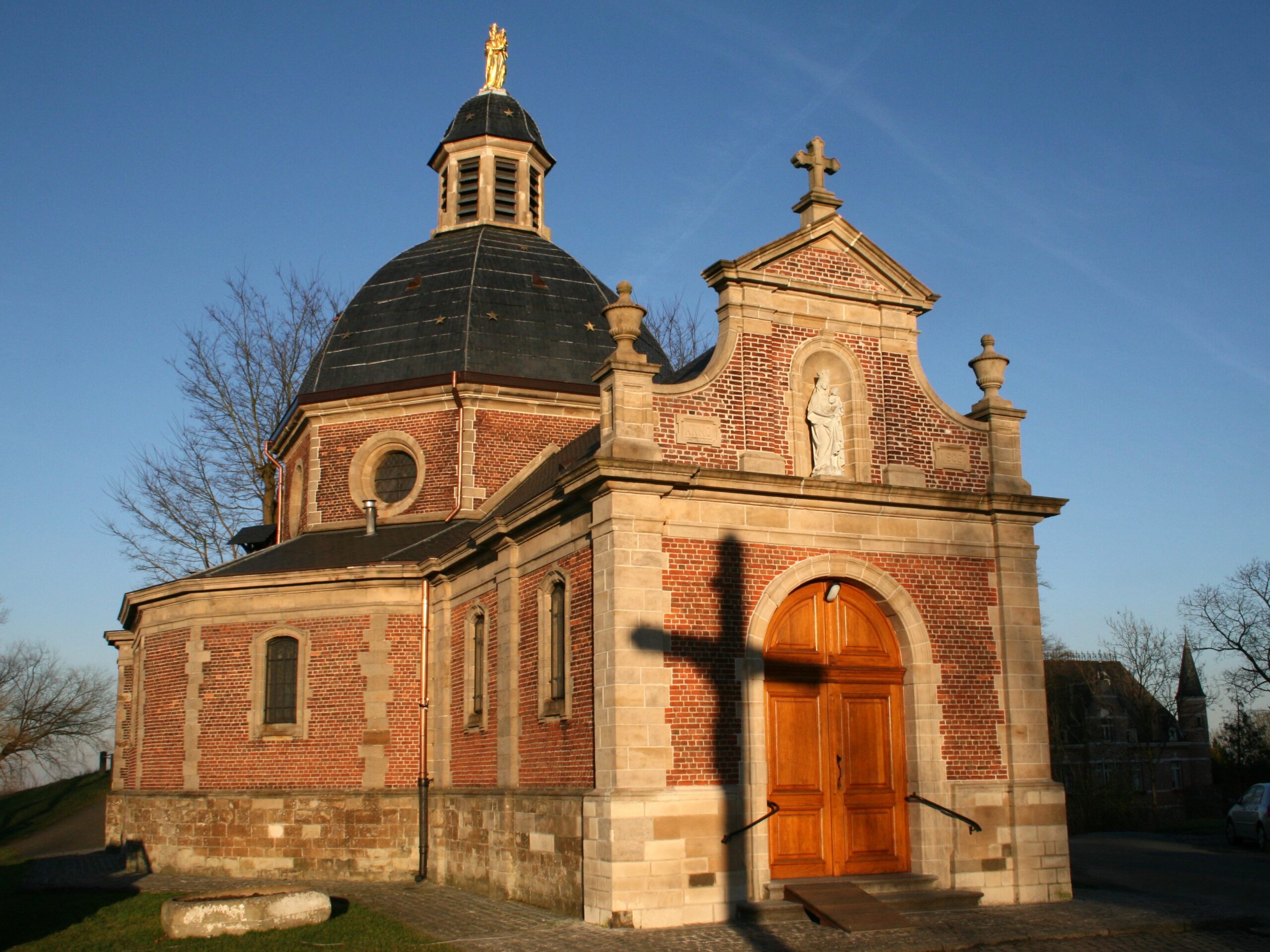 The Chapel of Our Lady of Oudenberg. This building replaced the chapel visited by lacemakers in the nineteenth century. Picture by Jean-Pol Grandmont, available on Wikipedia Commons.

After the convent school girls had offered their candles they returned to their schoolrooms for a sedate party.  The others in groups climbed the hill that dominated the town to visit the chapel of Our Lady of Oudenberg (not the building now familiar to fans of cycle racing but an earlier seventeenth century construction).  Lacemakers had donated a mantel to the chapel’s statue of Mary in 1866, during a cholera epidemic.  After prayers each group would go out into the park surrounding the chapel to dance round dances and sing:

The girls then went slightly down the hill to the Hemelrijk tavern (which still exists), where with fifty centimes donated by their lace mistress, they bought themselves each two ‘mattetaarten’ (milk curd cakes) or apple tarts called ‘schietspoelen’ and two glasses of beer.  And while they ate and drank they sang: 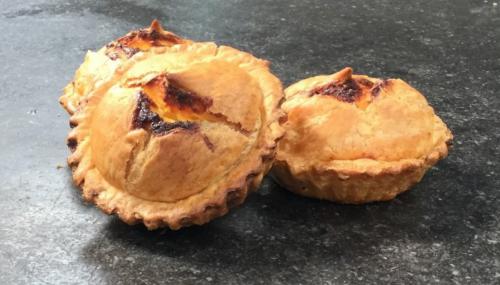 In the evening bands of lacemakers came down the hill arm-in-arm, and treated themselves to nuts or caramels from streetstalls. The large inns such as the Plezanten Hof and the Glazen Wieg, which was run by De Clercq’s parents, arranged for bands to play in their dance halls, where the lacemakers continued to drink, dance and sing:

This song seems to have started life as a satire on the new look before ending its career as a playground skipping rhyme, but in this intervening period it seems appropriate that lacemakers celebrated the fashion that kept them employed.[6]

Another favourite went as follows:

This is a local adaption of a contredanse more generally known as the ‘L’Ostendaise’, in which the girls usually formed ‘a line’ [riep] rather than came from ‘The Reep’.[7]

This round dance, adapted from a religious song, was a favourite in other lacemaking districts, including Bruges and Bailleul.[8]

Finally the lace mistresses would give the signal for the party to disperse, and the lacemakers went off into the night, still singing:

The excitement of Saint Gregory’s Day was in inverse proportion to the monotony of the lace apprentices’ working lives.  None the less, they wanted to be seen and heard as a collective — ‘Who doesn’t see us doesn’t know us’.  For one day, and night, these young women took over the streets and public places of the town, and celebrated their own status as young and unmarried, but also as lacemakers.  Lacemakers in Geraardsbergen, like those in other centres, had a strong collective work culture which is one reason why, despite the competition and despite poor wages, the profession still survived into the interwar period.