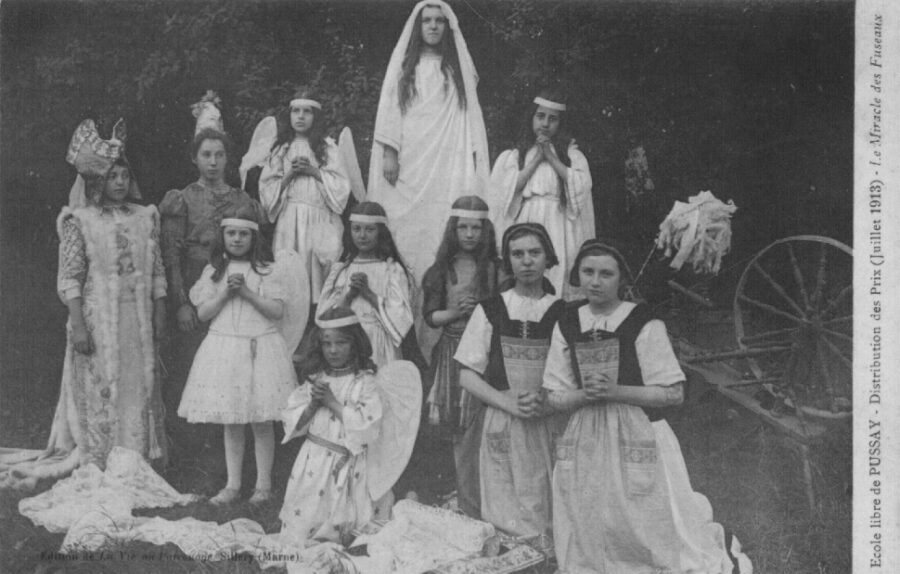 Legends of Lace – a new article 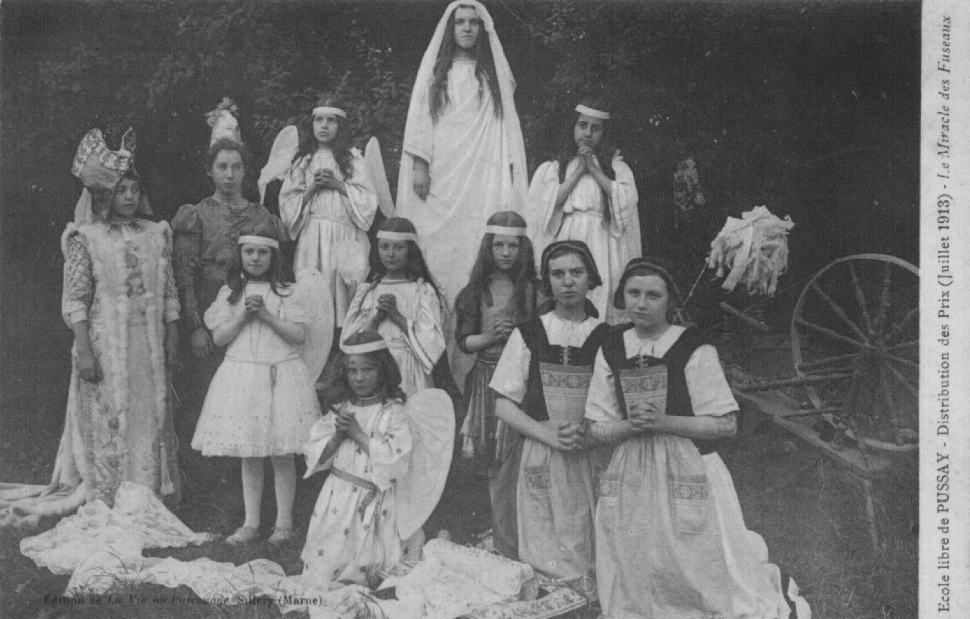 A performance of Geneviève Hennet de Goutel’s ‘The Miracle of the Bobbins’, by girls of the free (ie. Catholic) school of Pussaye, France, 1913.  Kindly supplied by www.pussayetsonpays.fr.

We’ve talked on this site about several lace legends, the legend of Queen Catherine, the legend of Argentan lace, the legend of Serena of Bruges…  David’s article ‘Legends of Lace: Commerce and Ideology in Narratives of Women’s Domestic Craft Production’, which covers these and other lace legends (including the ‘miracle of the bobbins’ depicted above) has just been published in the folklore journal Fabula.  The article appears to be on open access at the moment so if people are interested they can read it and download it for themselves.  The abstract for the article is reproduced below.

Although a relatively recent invention (c. 1500), many legends have accumulated around the origins of lace, more than have been recorded for other crafts.  Almost every region involved in pillow or needle lace had its own origin story: I will concentrate on those circulating in Italy, Catalonia, France, Belgium and England.  Lacemaking was a poorly paid, dispersed and overwhelmingly female occupation, but none the less it had a strong craft tradition, including the celebration of particular saints’ feastdays.  The legends drew on elements of this work culture, and especially the strong connections to royal courts and the Catholic Church, but they did not originate among lacemakers themselves.  Rather they were authored by persons – lace merchants and other patrons – who in the nineteenth century took on the task of defending homemade lace in its drawn-out conflict with machine-made alternatives.  Legends first circulated in print, in lace histories, newspapers and magazines, before transferring to other media such as the stage, historical pageants, even the visual arts.  More recently they have continued to propagate on the web.  While not originally oral naratives, they behave much like legends in oral storytelling environments: they are usually unsourced; they accumulate and shed motifs; they are adapted to new circumstances and audiences.  They were told with the intention of creating a special status for handmade lace, and to mobilize protectors and consumers.