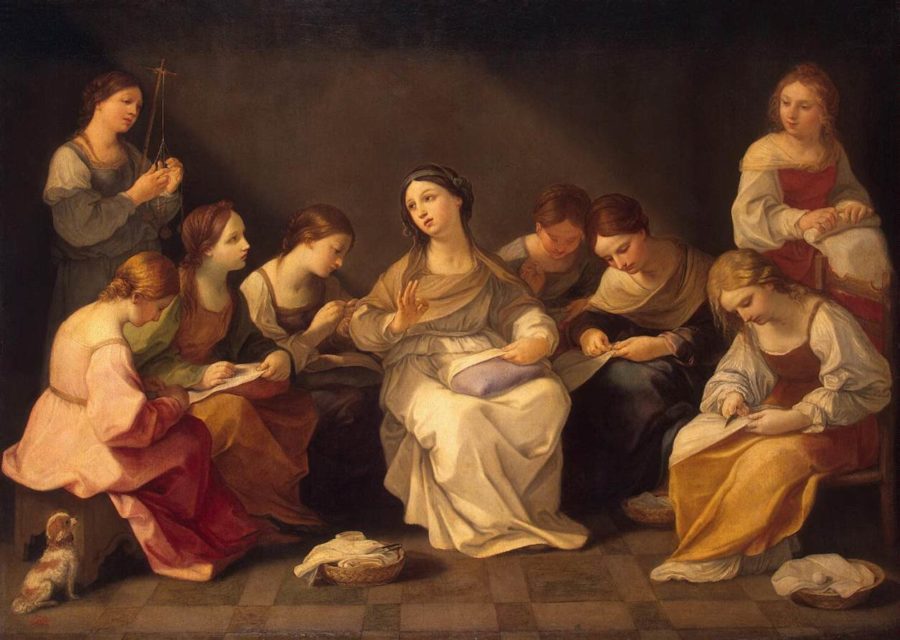 Mary was a lacemaker! A post for the Feast of the Annunciation 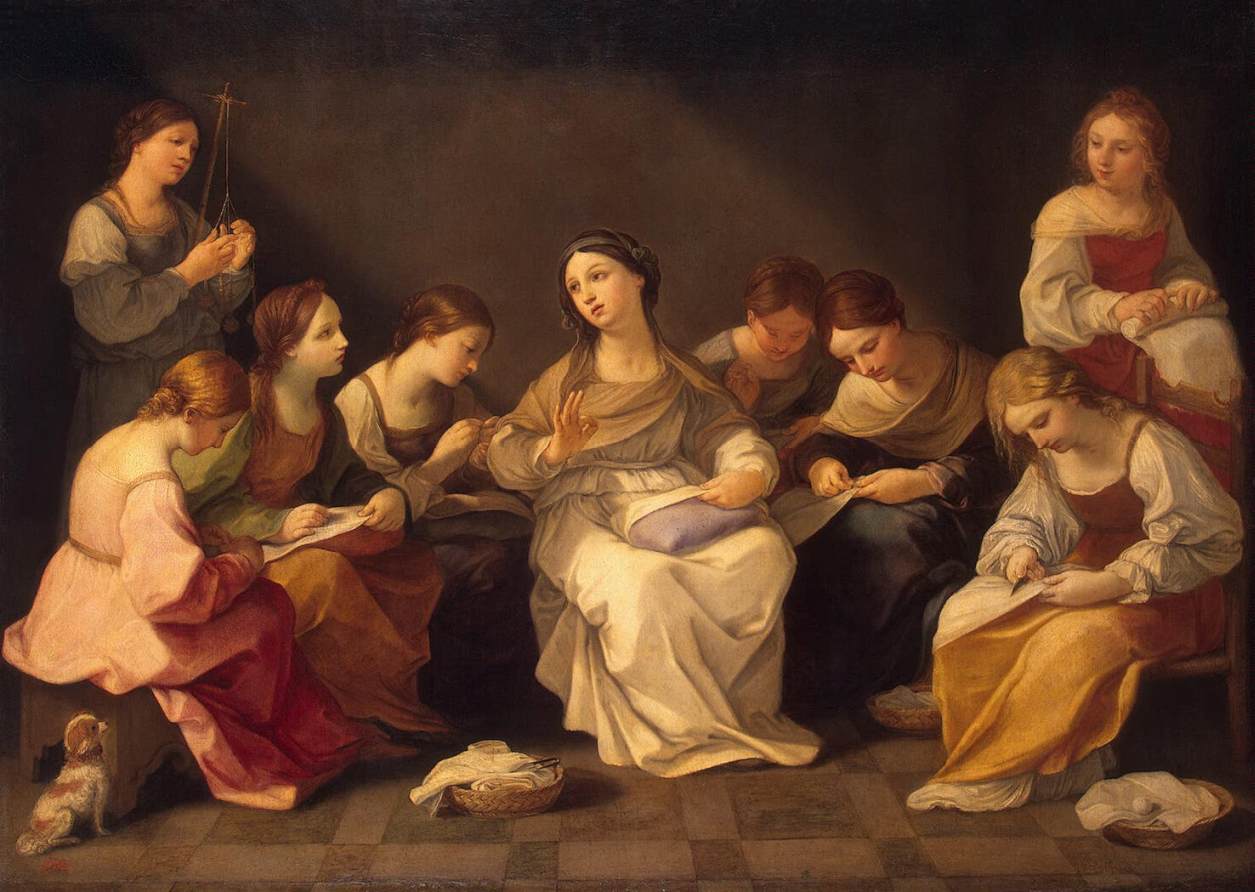 Guido Reni, The Education of the Virgin, c.1642, now in the Hermitage. From Wikipedia Commons.

The 25 of March is the Feast of the Annunciation and we couldn’t let that pass without mentioning the Catalan song l’anunciació.  According to the leading Catalan folklorist Joan Amades, this was one of the most popular songs in Catalonia, and it was certainly sung in the lace schools in the region.  Amades heard a version from his own mother, Teresa Gelats.  Here is another, sung by Mundeta Botines, then 25, to the folksong collectors Josep Barberà and Pere Bohigas in Sant Marti Sesgayoles. around 1922.

While not claiming any competence in Catalan we offer the following rough translation.

The Mother of God, — when she was a young girl
Went to the sewing school — to learn her letters,
With her cushion — and a little basket;
She carried bread and nuts — and a few raisins.
She made some thread — and wove lace.
She taught it — to two little saints;
To Saint Susanna — and Saint Pauleta.
Having withdrawn — into a little room;
The angel flew in — through a little window;
“God bless you Mary — full of grace;
You will have a son — he will be the son of a virgin,
He will be called Jesus, — King of heaven and earth.”

This combines Saint Luke’s story of the Annunciation with elements from the apocryphal writings on the childhood of Mary, according to which she was dedicated to the Temple of Jerusalem when very young, and with her companions made ceremonial cloth for the Temple veil.  These apocryphal legends were popular among the female teaching orders who often ran the lace schools in Catalonia and elsewhere.  In the song Mary appears like any other young Catalan girl, carrying her lace cushion to the nuns’ school, the costura, to work alongside her young companions, as she appears in the statue below. 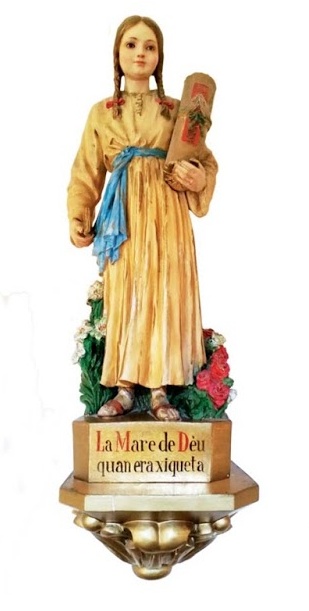 A statue of ‘The Mother of God when she was a girl’, with her lace cushion, from the school run by the Dominican Sisters of the Annunciation in Manresa, near Barcelona.

La Mare de Déu has become an iconic Catalan song, performed by all the great Catalan singers such as Montserrat Figueras, as you can hear here.  Beautiful though this is, we’re going to recommend this version sung by Marina Rossell, because, as you’ll hear, she is accompanied by the rattle of lacemakers’ bobbins.