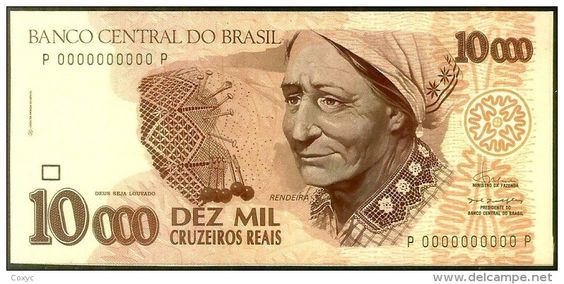 Global Histories of Lace: From the collection of the Pitt Rivers Museum

In Lace Beyond Europe, Lacemakers in the Museum

Under large glass case to one side of the ground floor of the Pitt Rivers Museum stands a lace maker’s pillow on a lace maker’s ‘horse’, a specially constructed wooden stand. A half-finished sample of lace is pinned to the pillow, a mass of bobbins handing from the pins used to create the intricate pattern. This lace maker’s pillow seems to be a small piece of English history marooned amongst the shrunken heads, baskets, pottery and shields of the Museum’s ethnographic collection. If one traces the history of English lace and lace making traditions through the Pitt River’s collection, it becomes clear that the history of lace and lace making follows the contours of European history itself, the fortunes of England’s lace makers rising and falling together with the religious schisms, economic policies, and changing political alliances between British and Continental rulers over time. Styles of lace we now identify as ‘English’ emerged from the courtly traditions and trade routes of Early Modern Europe, and quickly differentiated into local variants, such as Honiton or Bucks Point, shifting and changing with both domestic and international fashions. However, using the Pitt River’s collection to study traditions of English lace and lace making also reveals the contours of Britain’s own expansionist dreams: Silk lace from in South East Asia and palm needles from Amazonia are just a few of the objects in the Pitt-Rivers collection which serve to remind us that everywhere the technique traveled it became part of local practices and identities. 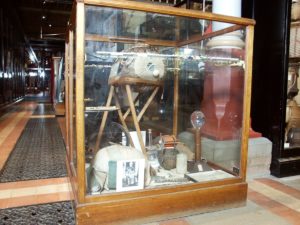 Interest in lace and making lace was spread across the globe together with the imperial ambitions of the major European powers. The technique was carried to North America, Australia, New Zealand and South Africa by emigrants, while Spanish, French, and British educationalists and missionaries taught Native Americans, Amazonians, Indians, and Sri Lankans the technique as part and parcel of their proselytizing efforts. Some of the geographic connections are exotic and reveal the way in which the technique and its instruments were taken up and adjusted to local conditions. In the Museum collection, for example, we find a pottery figure of a woman making pillow lace from Bello Jardem, Pernambuco State, Brazil (1945.2.16 – given by Dr Martins Gonçalves, British Council student, Slade School, Ashmolean Museum). From a similar area are eight bobbins(‘birros’) made of the fruit of the Tucuma palm, Amazonia used for making pillow lace (1961.7.56.1) given to the museum by Dr F. N. Howes, Director of the Royal Botanical Gardens, Kew.

By a complex set of connections, the Pitt Rivers Museum acquired lace from in and around Galle on the south coast of what was then Ceylon (now Sri Lanka). The lace was collected by Mrs Bland at the beginning of the twentieth century, it then came into the possession of Flora Shelford who lived in Old Headington and who donated it to the Pitt Rivers Museum in August 1919 (Accession number 1919.27.89). In a letter to Mrs Bland, Marion Evans of the Government Training College in Galle wrote ‘Fifty years ago, Honiton was made in Colombo … You will find good quality typical (i.e. Torchon) Ceylon lace in Galle Convent Industrial School, where they are also making a beginning with fine laces; in Moratuwa we have duchess and Valenciennes laces – in Kurunegola good Torchon and a little finer pillow lace – Spanish designs. In Kandy you will find bold pillow lace in the Convent School: but the Church Missionary Society has lace of a better quality…’ (letter from Marion Evans to Mrs Bland 19th April 1908 in Related Documents file linked to Accession Number 1919.27.89). In the same letter Marion Evans speculates as to whether local objects have inspired designs, such as mangoes and whether influences from Eastern Art (capitalized in the original) might eventually extend the range of lace styles. 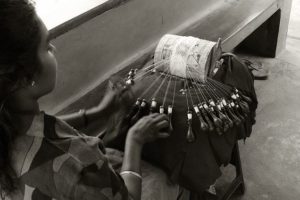 As we see from the letter, the names of different styles and qualities of bobbin lace were common knowledge amongst most middle-class women in Britain, but lace itself had already become a global fashion item and a global commodity. Elsewhere in its collections, the Pitt Rivers has bobbins and samples of lace, sometimes done in silk, from Malacca in Malaysia. This was again through Mrs Bland, of whom Flora Shelford wrote ‘My brother-in-law and I have been winding up the house in Letchworth and came across a collection of lace specimens …  My sister did a great deal, as you may know, to revive the native industries in Malacca, and lace was one of these…’ (Flora Shelford letter to Balfour August 1919, Related documents File connected to accession book entry 1919.27.68). As in the case of Mrs. Bland’s efforts in Malacca, the formation of such ‘native  industries’ were often sparked by efforts of female missionaries and colonial officer’s wives to supply local women with a small income. A similar story is found in Travancore, South India. Here, the missionary Mrs Mault established the Nagercoil boarding school for the daughters of Christian converts in 1898 (Haggis 2000). Although the school prepared young women for the university entrance exams, lace-making was an obligatory part of the curriculum. Marketing the lace through throughout British cantonments in Southern India, it not only supplied the pupils with a small income, but eventually came to provide ‘the major financial underpinning of women’s work in the mission’ (2000:115). In Travancore, Christian philanthropy and bourgeois ideals of gendered behaviour become inextricably linked through the medium of lace making. As historian Jane Haggis notes, ‘the missionary wives saw the lace industry as another opportunity to instil those ‘habits of order, cleanliness, industry’ seen to be at the heart of a good Christian home’ (2000:116). Lace making supplied women with an income, and young women with the means to stave off marriage and continue their educations, and kept them from the ‘influence of wicked associates and sinful examples’ (2000:113) while supporting the Christian cause. More importantly, they could do this while staying at home: ‘Sewing and lace making fitted the missionary wives’ idea of ‘respectable’ and ‘useful’ skills for Christian housewives (2000:116). It appears, then, that the ‘utopian commodity consumption’ had been exported to the colonies. Along the way, however, it had garnered the additional virtue of becoming a tool of social and spiritual emancipation. Indeed, in one story recounted by a Travancore missionary, the skills and income of a native ‘lace lady’ (lace maker) enabled her to educated her daughter into a ‘Native Lady dressed in the costume of a Hospital Nurse – with polished, ladylike manners, speaking English with perfect ease and correctness’ (2000:117). Thus, the craft was construed as an instrument of enlightenment in the colonial setting: here, lace making was ‘English’, and ‘Englishness’ was marked out not by the presence of ancient cultural ‘survivals’, but the abandonment of indigenous ways of life in favour of civilized modernity.

While bobbin lace making was a European tradition, the Pitt River’s collection sheds light on how the craft was also a mobile technology which travelled across the entire globe with changing flows of people, materials, and ideas. Lace could therefore be made in an ‘English’ style (or ‘Flemish’ or ‘French’ style), but was also global, taking on and forming local identities as it moved across the world, local variants such as Honiton or Beds Maltese being made using silk in South East Asia and palm needles in Amazonia.